Employment Issues: Important Changes to the ADA and FMLA 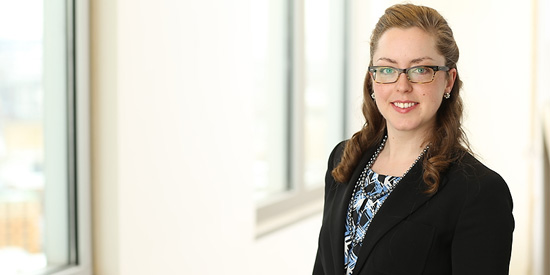 2008 brought about many changes that affect employers and employees in the areas of disability discrimination and unpaid leave entitlement.Specifically, amendments to the Americans with Disabilities Act of 1990 (“ADA”) and the Family and Medical Leave Act of 1993 (“FMLA”) became effective in early 2009. This Briefing Paper summarizes some of the significant changes to the ADA and the FMLA that are likely to impact employers.

I. The Americans with Disabilities Act

The goal of the ADA, to eliminate discrimination against individuals with disabilities, is undoubtedly laudable. The ADA was initially signed into law in 1990 by then President George H. Bush. Over the ensuing years, decisions by the United States Supreme Court interpreted the law in a manner deemed to be “pro employer” and limiting. On September 25, 2008, President George W. Bush signed the ADA Amendments Act of 2008 (the “Amendments Act”), which went into effect on January 1, 2009. The Amendments Act overturns a number of the “pro-employer” Supreme Court decisions and some say that it puts teeth back into the ADA. There are a number of precautions employers can take to avoid the bite.

A. The Interpretation of “Disabled” Has Been Expanded

Prior to the Amendments Act, courts had been interpreting the definition of “disability” in a very narrow manner. Many plaintiffs’ cases were dismissed because the plaintiffs were not deemed to be disabled and, thus, not covered by the ADA. The definition itself hasn’t changed: A “disability” is an impairment that substantially limits one or more major life activities, having a record of such an impairment, or being regarded as having such an impairment. However, the Amendments Act, on its face, changes the way that these terms will be interpreted.

The Amendments Act specifically states that the term “disability” is to be interpreted broadly and in favor of finding coverage under the ADA. Previously, the Supreme Court held that in order to be substantially limited, the individual had to be prevented or significantly restricted from engaging in a major life activity. That has now been overruled. While the Amendments Act doesn’t define “substantially limited”, it makes clear that the definition is intended to result in wide coverage under the law.

The ADA itself did not contain examples of specific major life activities, but now includes a non-exhaustive list of activities such as caring for oneself, performing manual tasks, seeing, hearing, eating, sleeping, walking, standing, lifting, bending, speaking, breathing, learning, reading, concentrating, thinking, communicating and working, functions of the immune system, normal cell growth, digestive, bowel, bladder, neurological, brain, respiratory, circulatory, endocrine, and reproductive functions. While some of these activities already were deemed to be major life activities, many others have been added. This expansion may not have been as significant had the Amendments Act not gone on to address the issue of mitigating factors.

B. Mitigating Measures Will Not Be Considered

One of the major changes under the Amendments Act is that a person’s impairment must now be judged in its unmitigated state, i.e., without regard to the beneficial effects of any corrective measures (except for “ordinary eyeglasses or contact lenses”) that person uses. Prior to the Amendments Act, the Supreme Court had held that mitigating measures had to be considered in determining whether a person is substantially limited in a major life activity. For example, prior to the Amendments Act, a person whose diabetes was controlled by either diet or medication was not considered disabled under the ADA. Now, regardless of the level of control of the impairment, that person is considered disabled under the ADA.

D. The Definition of “Regarded as Disabled” Has Been Expanded

E. No Change:Reasonable Accommodation and the Interactive Process

A “reasonable accommodation” may include “making existing facilities used by employees readily accessible to and usable by individuals with disabilities; and . . . job restructuring, part-time or modified work schedules, reassignment to a vacant position, acquisition or modification of equipment or devices, appropriate adjustment or modifications of examinations, training materials or policies, the provision of qualified readers or interpreters, and other similar accommodations for individuals with disabilities.” A reasonable accommodation does not need to be the best accommodation possible or the accommodation preferred by the employee, as long as it is sufficient to meet the job-related needs of the individual being accommodated.

F. What Employers Can Do

With the Amendments Act, future litigation will likely no longer focus on whether the individual is disabled under the ADA. Instead, the issues will be whether an accommodation is reasonable and whether particular accommodations would constitute an undue hardship on the business.One of the first things employers can do to avoid ADA claims is to make certain that people in management positions are aware of the Amendments Act and how it affects the workplace and employers’ obligations to employees and job applicants.Employers should begin with the assumption that a limitation now may very well rise to the level of a disability. Because of this, employers need to be ready to respond in an appropriate manner when approached by an employee seeking an accommodation for a known limitation.

Given the changes in the ADA, one suggestion to better protect employers against claims is to consider formalizing the “interactive process” of identifying limitations imposed by a known disability and discussing potential reasonable accommodations, as well as formally documenting any and all requests for accommodations. What this means is to have a plan in place so that each supervisor knows what to do and what not to do when an employee requests an accommodation. Along these lines, centralization of the decision-making process will help ensure that decisions regarding limitations and reasonable accommodations are consistent.

The amendments to the FMLA became effective on January 16, 2009. The amendments specifically provide new military family leave entitlements as well as provide the first major updates to the regulations of the 15 year-old FMLA.

There are two new leave entitlements under the FMLA: Military Caregiver Leave and Qualifying Exigency Leave.

Military Caregiver Leave (also known as Covered Servicemember Leave). Requires that a covered employer grant an eligible employee who is a spouse, son, daughter, parent, or next of kin of a current member of the Armed Forces, including a member of the National Guard or Reserves, with a serious injury or illness up to a total of 26 workweeks of unpaid leave during a “single 12-month period” to care for the servicemember.

Qualifying Exigency Leave. In addition to granting an eligible employee up to a total of 12 workweeks of unpaid leave during any 12-month period:

(i) for the birth and care of the newborn child of the employee;

(ii) for placement with the employee of a son or daughter for adoption or foster care;

(iii) to care for an immediate family member (spouse, child, or parent) with a serious health condition; or

(iv) to take medical leave when the employee is unable to work because of a serious health condition,

a covered employer must now grant the same leave to an eligible employee for qualifying exigencies arising out of the fact that the employee’s spouse, son, daughter, or parent is on active duty or call to active duty status as a member of the National Guard or Reserves in support of a contingency operation.

The amendments to the FMLA define “qualifying exigency” by referring to a number of broad categories for which employees can use FMLA leave: (1) Short-notice deployment; (2) Military event and related activities; (3) Childcare and school activities; (4) Financial and legal arrangements; (5) Counseling; (6) Rest and recuperation; (7) Post-deployment activities; and (8) Additional activities not encompassed by the other categories, but agreed to by the employer and employee.

Over the years, the bulk of litigation involving FMLA has been related to whether or not a condition was a serious health condition, whether the employer returned the employee to the same or an equivalent position, and whether proper notices were given. The new regulations provide a definition of a serious health condition and establish a procedural process for notice to employees. One of the other changes to the FMLA includes treating all forms of paid leave the same when an employee elects or an employer requires the substitution of paid leave.Another change is that an employer now has five business days (rather than two) to provide the various notices required by the FMLA. Such notices include a general notice about the FMLA, an eligibility notice, a “rights and responsibilities” notice, and a designation notice.

C. What Employers Must Do

The FMLA amendments add important new leave entitlements as well as updates and clarifications to the regulations of which covered employers need to be aware. Accordingly, employers should update their general notice and posting about the FMLA and their rights and responsibilities notice to include these changes.