The Stimulus: One Year Later 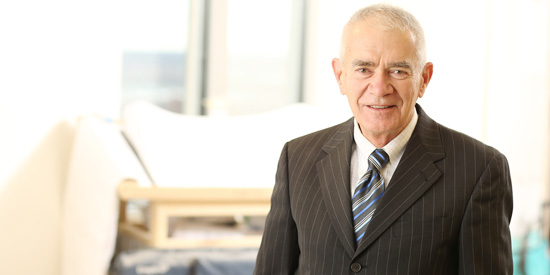 President Obama signed the American Recovery and Reinvestment Act (“ARRA”) into law on February 17, 2009. Now, over one year later, the big question is, what effect did it have?

Where Did The Money Go?

Minnesota has received approximately $4.9 billion in ARRA funding; however the main portions of this funding have gone to individual benefits such as Medicaid and unemployment insurance. Health and Human Services has received the most funding ($2.188 billion), followed by Workforce and Economic Development ($912 million), Education ($757 million), Transportation ($579 million), Energy and Environment ($317 million), Housing ($99 million), and Public Safety ($ 66 million).

Comparable transportation funds have been awarded in neighboring states. Wisconsin has received $669 million for transportation and infrastructure. Wisconsin’s State Highway Program, Local Road and Bridge Program, and the Transportation Enhancements Program were awarded the bulk of this money with $529 million awarded and $200 million already expended.

North Dakota has received $176 million in funding for transportation. Almost all of these funds have been allocated for highway infrastructure.As of December 31, 2009, $74 million of those funds were spent.

All of the contractors that responded were awarded stimulus-funded highway projects through the Minnesota Department of Transportation. The overwhelming response was that, for the most part, the projects did not differ from non-stimulus funded projects. There were no notable differences in the bidding process, the plans or specifications, or the execution of the project. The only major differences consistently noted were the ARRA reporting requirements and the ARRA Buy-American requirements.

The response to the survey was somewhat surprising. Because the stimulus funds were supposed to be used on “shovel ready” project plans, and because there were funding forfeitures if the money wasn’t committed promptly by designated dates, it was expected that plans and specifications would be more prone to errors, omissions and ambiguities. Either that problem did not materialize, or the problems were there but were resolved by change order.

On March 18, 2010, President Obama signed new legislation known as the Hiring Incentives to Restore Employment (HIRE) Act.Like the ARRA, the HIRE Act is aimed at creating new jobs. Although the HIRE Act introduces some new concepts, many of its provisions simply extend current programs such as unemployment insurance and tax credits.For the construction industry, there are three noteworthy provisions of the HIRE Act: tax breaks for new hires, expansion of the Build America Bond program, and the extension of highway and transportation funds.

Employers are exempted from paying the employer’s portion of Social Security taxes on wages paid to new employees. In order to qualify, the new employee must:

Employers can receive an additional $1,000 tax credit for every new employee retained for one year. In order to qualify for this tax credit, the employee must be employed for at least 52 consecutive weeks and the employee’s wage during the last 26 weeks of the required 52 weeks must equal at least 80 percent of such wages for the first 26 weeks. Unfortunately, many construction companies may not be able to take advantage of this tax break if the company has seasonal layoffs. The new employee would not be employed for the requisite 52 consecutive weeks if the new employee was laid-off during the winter months.

For more information regarding tax incentives under the HIRE Act and other recent legislation, see FWHT’s April 2010 briefing paper at:

HIRE Act expands the Build America Bond program. Build America Bonds were introduced in the ARRA.They allow state and local governments to borrow at lower costs. The expansion allows the issuer of certain bonds to elect a direct subsidy from the federal government rather than a tax credit. Bonds that qualify for this direct subsidy include Qualified School Construction Bonds.Qualified School Construction Bonds can be used for the construction, rehabilitation, or repair of public school facilities.

Extension of Highway and Transportation Funds

HIRE Act extends funding for highway and other transportation related projects through December 31, 2010. The amount of available funding for each state would be the same amount as in 2009.

As can be seen by the passage of the HIRE Act, our economy is still rebuilding and in need of assistance. The effectiveness of the ARRA is certainly debatable; however, two things are clear: (1) the ARRA has funded numerous highway and bridge construction projects; and (2) there are still more funds left to be expended.ARRA funded projects have not differed significantly from traditional highway and bridge projects, and the passage of the HIRE Act guarantees these funds will be available through December 2010.

For more information regarding highway projects, including current projects and bidding information, visit the Minnesota Department of Transportation website at http://www.dot.state.mn.us/bidlet/.

This discussion is generalized in nature and should not be considered a substitute for professional advice. © FWH&T