Reminders and Developments in Minnesota Construction Case Law for 2012 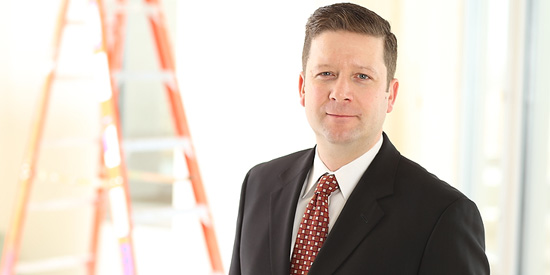 Cases coming from the Minnesota Court of Appeals and Minnesota Supreme Court in 2012 offer some important practice reminders for owners, contractors, subcontractors, and suppliers. The cases also provide some new rules about the construction industry that we should be aware of as we enter into a new construction season.Below are brief summaries of some of these important decisions.

1.  Conduct Can Waive an Agreement to Arbitrate in a Construction Contract.

Although the federal district court’s opinion in Webster Grading, Inc. v. Granite Re, Inc., 879 F.Supp.2d 1013 (D. Minn. 2012) addressed a complicated set of facts regarding various claims among multiple parties, the basis for the court’s decision is an important reminder regarding the waiver of the right to arbitrate claims contained in a construction contract. The court reaffirmed that a party can waive its right to arbitrate under the Federal Arbitration Act where that party (1) knew of an existing right to arbitration; (2) acted inconsistently with that right; and (3) prejudiced the other party by these inconsistent acts. A party to a contract dispute must be careful not to waive right to arbitrate and take the necessary steps to protect that right.

In Rochon Corp. v. City of St. Paul, 814 N.W.2d 365 (Minn. App. 2012), a case handled by our firm, the Minnesota Court of Appeals re-affirmed Minnesota competitive bidding law prohibiting any “material change” in any bid after bids have been opened. A material change to bid includes changes that affect “the price, quality or quantity, or the manner of performance, or other things that go into the actual determination of the amount of the bid.” In Rochon, the offending bidder increased the price of its bid after bid opening, but the increase still allowed the offending bidder to remain the low bidder. Despite the fact that the offending bidder’s bid remained the low bid for the project, the Court of Appeals held that the possibility of creating the opportunity for fraud or collusion, not only actual fraud or collusion, rendered the bid invalid. The contract was completed by the time the appeal was decided, but the court held that the contract was void and its performance should have been stopped because it was based on an illegal procurement.

3.  Lien Waivers Must be Accurate.

Although the decision in Safety Signs, LLC v. Niles-Wiese Const. Co., Inc., 820 N.W.2d 854 (Minn. Ct. App. 2012) is being appealed to the Minnesota Supreme Court, the case does provide important reminders that the requirements of Minnesota bond’s statute must be strictly followed or your claim may be lost. The notice requirements of the bond statute should be followed to the letter. In Safety Signs, the subcontractor mailed the bond claim notice to the general contractor’s address listed in the subcontract. The payment bond, however, listed a different address. The Court of Appeals held that because the bond claim was not sent to the address listed on the bond, the notice was invalid under the bond statute. With the specific holding of the Safety Signsdecision being reviewed by the Minnesota Supreme Court, the ramifications of the decision may be limited. However, the holding provides a cautionary tale that to avoid disputes regarding the sufficiency of your bond claim, careful compliance with all of the technical requirements of the Minnesota bond statute may avoid significant challenges.

5.  Substantial Performance Fulfills Contractual Performance, and the Cost of Defective or Incomplete Work Should be Deducted from Amounts Owed.

In Gopher Co., Inc. v. Reuben, 2012 WL 686101 (Minn. Ct. App. 2012), the Minnesota Court of Appeals provided two reminders that under Minnesota law: (1) building and construction contracts will be considered performed when substantial completion is achieved; and (2) the cost of performing repairs to defective and incomplete work should be deducted from amounts due under the contract. The court defined substantial performance as “performance of all the essentials necessary to the full accomplishment of the purposes for which the thing contracted for has been constructed, except for some slight and unintentional defects which can be readily remedied or for which an allowance covering the cost of remedying the same can be made from the contract price.” Therefore, after subtracting for repair of defective and incomplete work, a contractor is entitled to full payment upon substantial completion.

6.  When Determining Priority of a Mechanic’s Lien Over a Recorded Mortgage, the First Visible Improvement to the Property Establishes Priority.

The Court of Appeals held that the determination of when a mechanic’s lien attaches to property for the purpose of deciding priority under Minnesota law involves a two-step factual determination. NewMech Companies, Inc. v. Grove Hospitality, LLC, 2012 WL 1570106 (Minn. Ct. App. 2012). First, you must identify the improvement that was made to the property by the contractor. In the NewMech case, the court found that earthwork and the delivery of rebar to the project was the improvement. Second, you must identify the specific item of labor or material that was the actual and visible beginning of that improvement. The court found that the earthwork and rebar qualified as the first visible improvement to the property. Based on these determinations, the court held that the contractors’ liens had priority over the later recorded mortgage.

7.  Mechanic’s Lien Statements may be Personally Served by the Contractor on the Owner.

In a challenge to the validity of a mechanic’s lien, the Minnesota Supreme Court held in Eclipse Architectural Group, Inc. v. Lam, 814 N.W.2d 692 (Minn. 2012), that a process server does not need to be used to serve a mechanic’s lien on the property’s owner. Therefore, the lien statement may be served personally or by certified mail on the owner or the owner’s authorized agent or the person who entered into the contract with the contractor. The Court also determined that the Minnesota mechanic’s lien statute does not limit who may serve the lien and held that the contractor could serve the owner with the lien.

8.  Negligent Construction Can be Covered by CGL Insurance and the New Duty to Notify.

In a lengthy opinion by the Minnesota Supreme Court in Remodeling Dimensions, Inc. v . Integrity Mutual Insurance Co., 819 N.W.2d 602 (Minn. 2012), the Court held that a contractor’s negligent construction causing damage to an existing building can be an “occurrence” triggering coverage under a CGL insurance policy. The Court determined that when the contractor’s negligent work caused water damage to an existing structure, the moisture damage was a covered “occurrence” under the policy. The Minnesota Supreme Court also created a new duty on the part of insurance companies that requires them to notify the policyholder that the policyholder can request that an arbitration award allocate any of the damages awarded between claims covered or not covered by the CGL policy. Put differently, under Minnesota law, when an insurance company agrees to defend a policyholder in an arbitration by providing an attorney, but also reserves its rights to deny coverage at a later date, the insurance company must now inform the policyholder that it can seek an arbitration award that specifically allocates the awarded damages between the insured and uninsured claims. Based on this assignment in the arbitration award, a determination can be made regarding whether the insurance policy covers the individual claims asserted in the arbitration proceeding.

9.  A Third Way to Recovery Your Attorneys’ Fees in Litigation.

Although this Briefing Paper does not address all of the important cases in Minnesota construction law in 2012, the reminders and new developments discussed here will contribute to a successful 2013.

This discussion is generalized in nature and should not be considered a substitute for professional advice.© 2013 FWH&T