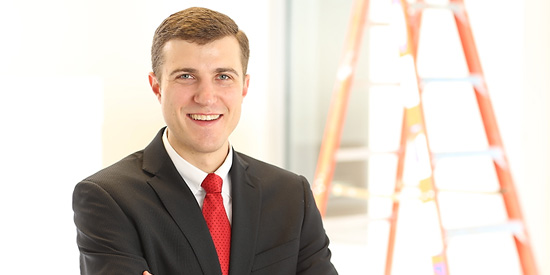 Nathan Sellers is an associate in the firm’s Construction Law Department. Nathan can be reached at 612.359.7606 or nsellers@fwhtlaw.com

The implied warranty of design adequacy protects contractors on traditional design-bid-build construction projects. The well-established warranty, known commonly as the Spearin doctrine, provides that a contractor who is “bound to construct or build according to plans and specifications prepared by the owner, . . . will not be responsible for the consequences of defects in the plans and specifications.”[1]

Whether the Spearin doctrine applies in contexts other than the traditional design-bid-build project, however, remains an unsettled area of law.[2] In an issue of first impression, the highest court in Massachusetts recently addressed the applicability of the Spearin doctrine in the context of “construction-manager-at-risk” contracts.[3] This Briefing Paper will discuss the Massachusetts court’s opinion and some of its implications for contractors and construction managers.

The implied warranty of design adequacy arises out of the traditional design-bid-build (“DBB”) delivery method for construction projects. Under DBB, the owner retains an architect or engineer to design the project. Once the design is complete, the plans and specifications are put out to bid. Typically, the owner then hires the contractor submitting the lowest bid to complete the project for a fixed price.

This is not the case of an independent workman left to adopt his own method, but of one bound hand and foot to the plan of the [owner]. The [contractor] had no right to alter the specifications . . . . If the plan and specifications were defective, it was not the fault of the [contractor] but of the [owner], for [the owner] caused them to be made and it alone had the power to alter them.[4]

At issue in Coughlin Electrical Contractors, Inv. v. Gilbane Building Co. was whether the Spearin doctrine applied in the context of a CMR project.[7]

Background. A public owner utilizing a CMR project delivery method hired an architect to prepare designs for construction of a new hospital facility. When the designs were partially completed, the owner engaged a contractor to serve as the project’s construction manager at risk (“CMAR”). The CMAR then entered into a contract with a subcontractor to perform electrical work on the project.

About one year into the project, various errors, omissions, and changes to the project’s plans and specifications “severely affected [the subcontractor’s] performance, causing the subcontractor to incur a 49% increase in labor hours.”[8] After completing the project, the subcontractor demanded an equitable adjustment and thereafter sued the CMAR for the additional costs it incurred from the design errors. The CMAR then filed a third-party complaint against the owner asserting that, “ ‘in the event that [the subcontractor] proves its claims against [the CMAR],’ [the owner] committed a breach of its contract with [the CMAR] by refusing to pay the [CMAR] the amounts claimed by the [subcontractor].”[9]

Trial Court Decision. The trial court granted the owner’s motion to dismiss the CMAR’s claim for breach of the implied warranty of design adequacy. The court acknowledged that Massachusetts common law “traditionally has been protective of construction contractors in circumstances where the owner has supplied erroneous or, perhaps, ambiguous plans and specifications.”[10] The court concluded, however, that because of the “material changes in the roles and responsibilities voluntarily undertaken by the parties” under CMR contracts, the Spearin doctrine does not apply.[11]

Holding. On appeal, the Supreme Judicial Court of Massachusetts (that state’s highest court) held, “[I]n the absence of an express disclaimer, the owner’s implied warranty of the designer’s plans and specifications applies.”[12] The court, however, narrowed the Spearin doctrine in the context of CMR projects as follows: a CMAR may benefit from the implied warranty only when it has acted in good faith reliance on the design and acted reasonably in light of its own design responsibilities.[13]

The court then turned to the question whether the owner on a CMR project impliedly warrants the sufficiency and adequacy of the designer’s plans and specifications. The court recognized, based on the CMAR’s involvement in the design phase, that the relationship between the owner and a CMAR is different from the traditional relationship on a DBB project between the owner and a general contractor. Nonetheless, the court concluded that “the owner, through the designer, ultimately controls the design[,] is the final arbiter of it,” and is generally under no obligation to accept the CMAR’s suggestions regarding plans and specifications.[16] Because responsibility for defects on a construction project should normally rest on the party who controls that risk, the court concluded that Spearin should apply under CMR contracts.[17] The court also reasoned that “[t]he possibility that the CMAR may consult regarding the building design does not suggest that the CMAR should be the guarantor against all design defects” on CMR projects.[18]

Despite its holding regarding Spearin’s general applicability, the differences between the DBB and CMR delivery methods convinced the court to narrow the scope of the implied warranty. Specifically, the Court concluded that a CMAR bears the burden of proving that its reliance on the defective plans and specifications was reasonable and in good faith. The court explained,

The CMAR’s level of participation in the design phase of the project and the extent to which the contract delegates design responsibility to the CMAR may affect a fact finder’s determination as to whether the CMAR’s reliance was reasonable. The greater the CMAR’s design responsibilities in the contract, the greater the CMAR’s burden will be to show, when it seeks to establish the owner’s liability under the implied warranty that its reliance on the defective design was both reasonable and in good faith.[19]

Implications for Contractors on CMR Projects Outside of Massachusetts

So what does Coughlin mean for contractors in jurisdictions outside of Massachusetts? While the decision is not binding on courts in other states, it may guide future courts. Hence, when a contractor is engaged to collaborate with the architect or engineer during the design phase, there are several important considerations that should guide the contractor. In particular, contractors/CMARs should consider the following questions.

First, what does the applicable statute or contract say about ultimate control during the design phase of the project? In Coughlin, the court was heavily influenced by the fact that the public owner on that project “ultimately control[ed] the design and [wa]s the final arbiter of it.” On any CMR project, contractors should examine statutory or contract language addressing which party has the final say on design decisions. Language that attempts or appears to shift responsibility to the contractor for design-phase decisions should be closely reviewed. For example, if the contractor is responsible for certain design aspects, the contractor may not be able to demonstrate “reasonable reliance” on the final plans and specifications (at least with respect to those areas over which the contractor exercised control).

Second, what does the applicable statute or contract say about the contractor’s level of participation during the design phase? In Coughlin, the court explained that, under the Massachusetts statute authorizing CMR projects, “the CMAR ‘may’ provide ‘consultation’ regarding the design, but is not required to do so.[20] The court then looked to the plain meaning of the word “consult”—which is defined as “discuss, give advice, or confer”—and concluded that “the possibility that the CMAR may consult regarding the building design does not suggest that the CMAR should be the guarantor against all design defects.”[21] The result might be different, however, if the applicable statute or contract calls for a more active level of participation in the design process. For example, if the contractor is charged with “directing,” “controlling,” or “managing” the design phase, a court may be more reluctant than the Massachusetts court to extend the Spearin doctrine.

Third, at what level of design does the contractor become involved and at what level of design is the GMP set? In Coughlin, the statute provided that the GMP may be established under Massachusetts law when only 60% of the design documents have been developed. The court reasoned that a CMAR, by agreeing to a GMP, should not “bear all the risk arising from the design when the CMAR may not have seen as much as forty per cent of the design documents before agreeing upon a GMP.”[22] Once again, under different circumstances, the rationale for application of the Spearin doctrine may dissipate. Consider, for example, a situation in which the contractor is intimately involved with the design process from the beginning of the project or a situation in which the GMP is set late in the process, after substantial completion of Design Development documents.

The Spearin doctrine is universally recognized by courts on DBB projects because of the owner’s “exclusive control” of the plans and specifications and a contractor’s reliance on the representations contained in those design documents. On CMR projects, the owner does not enjoy “exclusive” control over design, and the contractor is not required to blindly rely on design plans and specs.

Nonetheless, the highest Massachusetts court, in an issue of first impression, concluded that the Spearin doctrine applies on CMR projects. The court, however, narrowed the scope of the doctrine, concluding that a contractor/construction manager may benefit from the implied warranty “only where it has acted in good faith reliance on the design and acted reasonably in light of [its] own design responsibilities.” In order to assess risk following the Coughlin decision, a contractor on a CMR project must carefully review applicable statutory and contract language to determine the contractor’s level of responsibility for design decisions and how that responsibility might affect the “reasonableness” of its reliance on project design documents.

Firms included in the 2016 “Best Law Firms” list are recognized for professional excellence with persistently impressive ratings from clients and peers. Achieving a tiered ranking signals a unique combination of quality law practice and breadth of legal expertise.

2015 Super Lawyers Business Edition listed Fabyanske, Westra, Hart and Thomson as the top medium sized (11-50 attorneys) Construction, Real Estate & Environmental law firm in Minnesota. Top firms were chosen based on the number of attorneys who have been selected to a 2014 or 2015 Super Lawyer list in business practice areas, as well as a combination of metrics indicating the quality of those attorneys. Quality factors that were considered included the number of years selected to the list, inclusion on a top list and average blue ribbon panel score.

[2]     See 2 Bruner & O’Connor, Construction Law § 6.67, at 617 (“Because construction management is a newer approach and has not been the subject of as many court decisions, there is less certainty as to interpretation of the contract documents, and less uniformity as to the extent and allocation of responsibilities, and it is more difficult to predict liabilities.”).

[5]     See id. at 725 (“The [owner] was the party in control who dictated the entire contract and retained control from start to finish.”).

[18]    Id. Although not necessarily applicable in all jurisdictions, the court also explained its belief that “the legislative intent in providing the [CMR] alternative was to permit the CMAR a greater consultative role regarding the project’s design, not to eliminate the owner’s responsibility for design defects.” Id.

This discussion is generalized in nature and should not be considered a substitute for professional advice. © 2015 FWH&T.