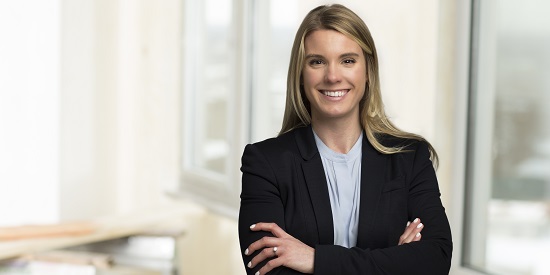 The Minnesota Legislature recently took steps to expedite procurement protests after a 2015 Minnesota Supreme Court decision threatened to cause uncertainty and delay in these time-sensitive cases.  Fabyanske, Westra, Hart & Thomson attorneys Dean Thomson and Tom Vollbrecht worked with the Construction Law Section of the Minnesota State Bar Association to create and promote a legislative solution to the problems created by this case.  On May 9, 2019, Governor Walz signed S.F. 558 into law, which establishes original jurisdiction in the State’s district courts for public procurement challenges and creates new time deadlines for bringing protests.  This Briefing Paper explains the background and details of this new statute.

The Case That Started It All

Historically in Minnesota, procurement protests seeking judicial relief have been filed in district court.  However, in 2015, the Supreme Court issued its first ruling in Rochester City Lines v. City of Rochester, 868 N.W.2d 655 (Minn. 2015) shifting original jurisdiction for procurement protest claims from the district courts to the court of appeals.  The case was commenced by Rochester City Lines, who bid on the City of Rochester’s bus system contract, and, when unsuccessful, sought relief against the City through litigation in state district court.

The case eventually reached the Minnesota Supreme Court.  Among other things, the Court ruled that the state district court lacked jurisdiction to determine the legality of the City’s decision to deny Rochester City Lines’ procurement protest because the City’s procurement-protest denial was a “quasi-judicial decision.”  The Court went on to conclude that quasi-judicial decisions are reviewable only by the court of appeals.  Accordingly, the Court ruled the district court lacked the necessary jurisdiction to consider Rochester City Line’s claim and reversed a portion of its decision on this basis.

In response to industry concern about the practical implications of the Rochester City Lines decision, the Minnesota State Bar Association’s Construction Law Section proposed a bipartisan bill as a solution.  The bill received overwhelming support in the both Senate and the House, and on May 9, 2019, Governor Walz signed the bill.

Under the new legislation, original jurisdiction is once again granted to the district court over any action seeking legal, equitable, or declaratory relief arising under or based upon the alleged violation of any law governing public procurement requirements, public procurement procedures, or the award of any public contract.  Specifically addressing and overruling the Rochester City Lines decision, the statute states that the grant of original jurisdiction to the district court applies regardless of whether a public entity involved or implicated in the action is alleged to have acted, or may be held to have acted, in a judicial or quasi-judicial capacity.

While this is a significant procedural correction, the statute should not change the substantive law of procurement protests.  The statute specifically states that the grant of original jurisdiction to the district court does not: (1) alter the standard of review to be applied by a district court; (2) alter the standard of review applied by an appellate court; (3) affect the prohibition against recovering damages or attorney fees in municipal procurement protests; (4) affect the available remedies, including, but not limited to, the availability or non-availability of attorney fees awards and procurement preparation costs in state procurement protests; or (5) affect the procedural or administrative steps, if any, set out by statute, rule, or procurement procedure, that a party must comply with prior to initiating any such action.   In other words, if the project specifications require certain administrative actions before a protest can be taken to court, the new statute does not allow parties to circumvent those administrative requirements by proceeding directly to district court.  These new rules apply to both state and municipal procurements and can be found at Minn Stat § 16C.281 and Minn. Stat. § 471.345, respectively.

The statute also contains new timing requirements for state and municipal procurement challenges.  A procurement process participant must file a protest action before the date when the procurement contract at issue is fully executed unless:

(1) the party demonstrates that it acted diligently in seeking access to information the party reasonably deemed necessary to review prior to bringing an action; and

(2) the procurement process participant has not been afforded (i) reasonable access to information necessary to prepare the action for filing, or (ii) a reasonable opportunity to bring the action and seek appropriate relief from the court before the public procurement contract is fully executed.  In other words, if you don’t get the information from the public entity necessary to evaluate and file a protest, your time for filing will be extended until you do. Reasonable access to necessary information and a reasonable opportunity to seek relief includes receipt of data otherwise usually protected from disclosure under the Minnesota Governmental Privacy Act at least 15 days prior to full execution of the procurement contract.

District courts again have original jurisdiction for procurement protest actions, and the potential delays and expenses of litigating these cases in the Court of Appeals have been avoided.  In the process, however, state and local government entities gained an important protection, namely that protests must be filed before contract award (subject to the limited exceptions discussed above).  For contractors, this means that action on a potential protest must be quickly taken or the right to do so will be lost.  For public owners, this means that they should deliver all information reasonably requested by a procurement process participant as soon as possible in order to bring closure to the procurement process.

Dean Thomson was also selected by Best Lawyers as 2020 Attorney of the Year in Construction Law.

Congratulations to the Fabyanske, Westra, Hart & Thomson, P.A. attorneys who have been named 2019 Minnesota “Rising Stars”. They are Hugh Brown, Julia Douglass and Katie Welsch. “Rising Stars” are nominated by their peers and must be 40 years old or under, or have been practicing for 10 years or less. No more than 2.5 percent of the lawyers in the state are named to the list.