Triggering Coverage Part B in the Construction Defect Dispute: A Theory Now Proven 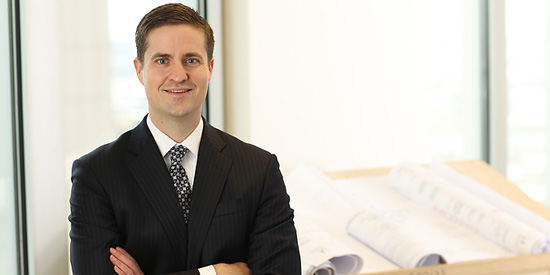 If your CGL insurer hires an attorney to defend a claim against your construction company, that attorney has a conflict preventing him or her from advocating on your behalf with your insurer for maximum coverage under the policy.  It is thus wise to have a knowledgeable construction lawyer experienced in insurance coverage issues in your corner to serve as independent coverage counsel to help you obtain all of the coverage benefits to which you are entitled.  This paper discusses a significant victory achieved on behalf of a contractor client to secure CGL coverage for a contractor under the personal injury coverage afforded under Coverage Part B of the standard CGL policy.  This victory is believed to be the first of its kind in Minnesota and possibly nationally, and demonstrates the value that skilled independent coverage counsel can provide to contractors and subcontractors in dealing with their insurers.

For decades, the battle for CGL coverage for construction disputes has been fought exclusively over Coverage Part A of the standard policy.  Coverage Part A provides coverage for “bodily injury” or “property damage.”  In the typical case, the general contractor or subcontractor who is facing claims involving construction defects seeks coverage for the alleged “property damage”.  A CGL insurer might deny coverage or defend under a reservation of rights in response to the tender.  CGL insurers rarely if ever accept coverage without a reservation of rights in a construction defect case, and typically assert a lengthy array of coverage positions including that there has been no “occurrence”, that the “your work”, and “your product” exclusions may apply to bar or limit coverage.  Each of these arguments against coverage raises unique issues that independent coverage counsel can help navigate.

Almost no reported cases involving allegations of construction defects have invoked the “personal injury” coverage available under Coverage Part B, which nominally covers “personal and advertising injury.”  Perhaps Coverage Part B has been overlooked because the word “advertising” is used in the title or due to the similarity of the terms “personal injury” and “bodily injury.”  However, there is very significant coverage afforded for “personal injury” under Coverage Part B with broad application to construction defect cases. This coverage applies to protect the insured from liability for the “wrongful eviction from, wrongful entry into or invasion of the right to private occupancy of a room, dwelling or premises that a person occupies, committed by or on behalf of its owner, landlord or lessor,” which is one of the definitions of “personal and advertising injury.”

How many construction defect cases involve a situation where a person’s right to occupy a room, dwelling, or premises has been impacted in some way, shape or form?   Would you agree that a lot of them do?   How about a claim involving construction defects that are alleged to breach the implied warranty of habitability rendering the home, apartment, or condominium uninhabitable?  How about a situation where a balcony railing system in a condominium or apartment does not meet code and needs to be cordoned off for safety reasons until repaired?  How about a claim involving a structural defect rendering a commercial office structure unsafe to occupy until repaired?  How about a claim involving a process facility where alleged construction defects cause process water vats to overflow causing the production floor to be out of commission for a period of time while the flooding is abated?  How about drywall damaged by water intrusion forcing a family to move temporarily while the damage is abated?  All of these kinds of situations appear to involve at least some impact on or invasion of the right to occupy rooms or premises, for which Coverage Part B should apply.

The CGL policy does not define what an “invasion” of the right of occupancy is or how long it needs to last, but a reasonable interpretation is a physical circumstance that is present that should not be, such as a crack, leak, flooding condition, structural defect, or similar circumstance.   An army invasion such as the Allied invasion of Normandy in World War II surely is not required.

For Coverage Part B to apply, the loss of occupancy needs to be “committed by or on behalf of its owner, landlord or lessor”. Nearly all work by a construction contractor or subcontractor can reasonably be considered to involve work performed “on behalf of” the owner of the project.  The owner, after all, contracts for the work to be performed and is the party who is supposed to pay for the work.  The contractors and subcontractors are present at the invitation of the owner and are the owner’s business invitees.  Where the work is defectively performed, the latent defect surfaces and results in a later circumstance that adversely affects the right to occupy the premises.  Nothing in the definition of personal injury requires the circumstance affecting the right to occupy to happen simultaneously with the work performed on behalf of the owner.  Thus, there appears to be no reason why a latent defect manifesting several years after substantial completion should not be covered as long as the original work giving rise to the later impairment of the right to occupy was performed on the behalf of the property’s owner at the time it was performed.

Hopefully, you are now convinced that Coverage Part B has application to construction defect claims, at least theoretically.  Lawyers normally look for support for legal theories in reported decisions.  Because there are virtually no reported decisions on the issue, the theory that Coverage Part B provides coverage for construction defect claims has had to be tested in other ways.

Accordingly, over the last several years I have added this Coverage Part B argument as a central piece of my coverage advocacy on equal footing to the traditional Coverage Part A arguments.   But, these cases settled before any rulings on the issue.

Looking for further constructive feedback, on November 7, 2018, I gave a seminar to the Construction Section of the Minnesota State Bar Association presenting the Coverage Part B argument discussed in this paper.  Interesting discussion was had, and feedback from many practitioners was positive.

Triad Construction, Inc. involves claims of alleged construction defects regarding a steel cattle barn structure erected on a concrete foundation system furnished by the owner.  The owner of the project commenced an action against our client, the steel structure contractor, claiming alleged deficiencies, which the contractor denies. The owner of the building included claims for “loss of use and enjoyment” of the cattle barn in its complaint.

Additionally, the underlying complaint alleges that the Kraemers were personally injured from the ‘loss of use and enjoyment’ of the cattle barn.  This part of the complaint is not subject to the ‘your product’ or ‘your work’ exclusions, and arguably falls within the scope of Coverage B.

Very few cases across the country have had the opportunity to evaluate the application of Coverage Part B to construction defect cases, and it is believed that the Triad Construction, Inc. ruling may be the first of its kind, certainly in Minnesota, and potentially nationally.  In briefing, we cited two unpublished opinions that we believed supported the application of Coverage Part B and were similar enough to a construction defect claim to warrant citation.   In Continental Casualty Co. v. Sycamore Springs Homeowners Association, Inc., 2010 WL 3522955 (S.D. Ind. Aug, 31, 2010), a homeowner’s association complained that defects in a storm water drainage system caused extensive flooding of common areas.  A claim was made that the general liability insurance policy provided coverage for “wrongful eviction from, wrongful entry into, or invasion of the right to occupy a room, dwelling or premises that a person occupies, committed by or on behalf of its owner, landlord or lessor.”  The court determined that the policy provided coverage for the flooding stating that the flood “falls squarely within the policy’s definition of ‘personal injury,’” but eventually denied coverage because the flood occurred outside of the policy period.

American Ins. Co. v. Liberty Surplus Ins. Corp., No. 5:11-CV-03159-LHK, 2012 WL 3361527 (N.D. Cal. Aug. 13, 2012), involved a class action lawsuit by tenants of an apartment who alleged harm due to construction of additions to the complex.  The complaint alleged that the new addition changed the development “from being a serene, peaceful, and green environment to an outrageously noisy, dusty and unattractive work site.”  The court held that the insurer owed a duty to defend under Coverage Part B because the allegations that the tenants were physically displaced from the community recreation center and the parking facility, as well as the disturbance caused by dust and other construction materials, all of which invaded the tenants’ right to private occupancy.

Coverage Part B has potentially far reaching application to construction disputes beyond the construction defect context.  A reasonable argument can be made that it applies to construction delay, disruption, and loss of efficiency cases that result from the tortious conduct of the insured.  Think along these lines.  A construction contractor is hired to prepare a critical path schedule to manage the work of the subcontractors.  The critical path schedule assigns the activity sequences and durations in a logical manner so that all of the work can be completed in a timely manner.

Sometimes due to schedule compression or delays resulting from tortious conduct, a subcontractor may face an unanticipated situation called “trade stacking” where other trades are working at the same time in the same place on the project when that wasn’t planned.  This trade-stacking leads to delay, inefficiency, and interference with the subcontractor’s right to occupy the premises in accordance with the planned schedule.  Subcontractors may seek to assert claims against the contractor and potentially other subcontractors for the damages caused by the trade-stacking, typically in the form of increased labor costs.  The theory of negligent supervision, tortious interference, or other forms of tortious conduct may be asserted, particularly in jurisdiction without a strong economic loss rule.  Contractors facing this risk typically seek to mitigate it by passing through the subcontractors’ claims to the Owner, to other subcontractors, with contract language, or a combination of the foregoing.  However, there are situations where these risks cannot be fully mitigated using normal methods, and an insurance coverage solution may be a needed option.

Nathan Sellers will be speaking at the Judicial Engagement State Forum – Minnesota at the University of St. Thomas School of Law on Thursday, February 20th from 2:45-3:45 on the panel for Panel II: What Provisions in the Minnesota Constitution Should We Be Enforcing (But Don’t).

For more information go to https://ij.org/event/mnstateforum/

Firms included in the 2020 “Best Law Firms” list are recognized for professional excellence with persistently impressive ratings from clients and peers. Achieving a tiered ranking signals a unique combination of quality law practice and breadth of legal expertise.

This discussion is generalized in nature and should not be considered a substitute for professional advice. © 2019 FWH&T.