What’s in Your Waiver (of Consequential Damages)? 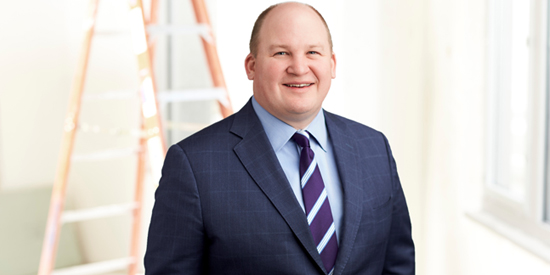 Rob is a member of the firm’s Construction Law Department. He can be reached at 612.359.7648 or rsmith@fwhtlaw.com

Most discussions about waivers of consequential damages in construction contracts start with the New Jersey Supreme Court’s decision in Perini Corp. v. Greate Bay Hotel & Casino, 610 A.2d 364 N.J. 479 (N.J. 1992). In that case, the owner of a casino was awarded over $14.5M in lost profits against the general contractor hired to manage its casino renovation project. The general contractor’s fee for the project, by comparison, was $600,000.

Third, and perhaps most importantly, consequential damages risk is simply too difficult to quantify and potentially too large for contractors to justify taking that risk. The amount of consequential damages could, in theory, be many multiples of the fee that a contractor expects to make on the project, as demonstrated by the Perini Corp. lawsuit.

Types of Exceptions Requested by Owners

Many owners seek to exclude claims arising from “gross negligence, willful misconduct or fraud.” While there may be some appeal to the idea that a contractor should not be shielded from damages that arise from conduct that is more egregious than ordinary negligence or breach of contract, the reality is that – when a project goes poorly enough to result in a lawsuit – an aggressive owner’s attorney is likely going to allege some combination of gross negligence, willful misconduct or fraud in an attempt to get around the waiver of consequential damages. A contractor defending against those claims may ultimately prevail, but not before it is forced to go through a lengthy discovery process or potentially even a trial to obtain a decision that its conduct did not rise to the level alleged. If one of the purposes of including a waiver of consequential damages is to avoid a dispute in the first place, or at least make any dispute more manageable, exceptions for gross negligence, willful misconduct or fraud undercut that purpose.

State v. Bolsinger, 21 N.W.2d 480, 485 (Minn. 1946). Given indeterminate definitions of gross negligence such as this one, it is certainly possible, if not likely, that any lawsuit involving a construction contract that has a gross negligence exception to the waiver of consequential damages will include an allegation of gross negligence.

2. Exception for Claims Covered By Insurance

But there are a number of problems that could result from agreeing to this exception. For contractors with large self-insured retentions or large deductibles, the contractor could very well end up liable for consequential damages within their retention or deductible amount. Further, a contractor that exposes its insurance to claims for consequential damages is likely to see an increase in its insurance premiums, which can then impact the contractor’s ability to be competitive with its pricing on future jobs.

As contractors review and negotiate contracts proposed to them by owners, it is not enough to confirm that a waiver of consequential damages has been included. Contractors must understand the nature and extent of any exceptions that are included with the proposed waiver. Otherwise, a contractor may find itself in the same position as Perini Corp. did in the early 1990s – exposed to a claim for millions of dollars of consequential damages on a project that dwarfs any profit it could have ever hoped to make.

Mark Becker, Kyle Hart, and Dean Thomson are recognized by Minnesota Lawyer as a Power 30 attorney in the field of Real Estate and Construction Law.  Congratulations to the three attorneys at Fabyanske, Westra, Hart and Thomson for this recognition.

Hugh Brownwill be presenting a live Webinar on Construction Law Hot Topics for the National Business Institute on July 27th, from 1:00 to 2:30 Central Time. For more information, including registration and how to view the program, click here.