Updates to the MN Department of Transportation Standard Specifications for Construction 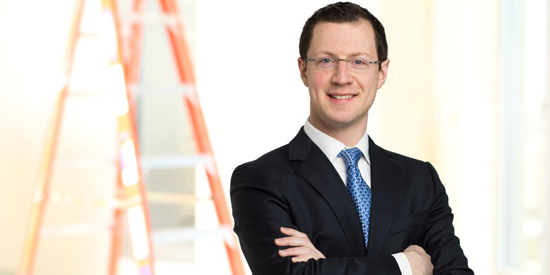 As most contractors that contract with the Minnesota Department of Transportation are already aware, MnDOT periodically revises its Standard Specifications for Construction.  In spring 2021, MnDOT released the 2020 edition of these Specifications.  These Specifications are also used in many county and municipal projects, and therefore, it is important for contractors who do any significant amount of public work in Minnesota to keep informed about updates to MnDOT’s Standard Specifications.  In some years, its changes are less widespread than others, and 2020 is one of those years.  Nevertheless, even this limited rewrite contains certain changes worth noting.

1. Section 1306, Execution And Approval Of Contract.

The deadlines for contract execution and approval, set out in Section 1306, have been revised as follows:

The lowest responsible Bidder shall return the Contract to the Department with the required Payment and Performance Bonds within 10 business days 7 Calendar Days after Award.

Commentary:  This amendment shortens the time available for the contractor who has been awarded a contract to return the executed contract, together with required bonds, from 10 business days to 7 calendar days.  These deadlines are important.  Delays in returning the contract will constitute a non-excusable delay, or will reduce the contractor’s time to perform the work, depending on whether the contract is based on a completion date or a set number of working days.  In the meantime, the Department has adjusted its own timing requirement from 10 business days to 14 calendar days.  Because delays in returning an executed contract to the Department can affect a Contractor’s substantive rights, Contractors should take note of these timing changes.

Section 1501.1, which governs the scope of the Engineer’s authority, has been revised as follows:

The Engineer will, in the Engineer’s sole discretion, decide all questions make a final and conclusive decision with regard to any issue or question regarding:

(1)        Quality and acceptability of Materials provided and Work performed,

(3)        Interpretation of the Contract, except for those provisions which expressly require or authorize a Department decision,

(4)        Measurement, control of quantities, and the amount of any payment deductions or adjustments, and adjustment

(5)        Acceptable fulfillment of all Contract provisions on the part of the Contractor.

The Engineer’s acceptance does not waive the Department’s right to pursue legal remedies for defective Work or Work performed by the Contractor in an unworkmanlike manner.

Commentary:  Previous versions of the Standard Specifications allowed an Engineer to “decide” questions.  In this new edition, the Department has added language stating that the Engineer may make a “final and conclusive” decision with respect to a wide range of issues.  Although this may appear to be a minor change, the Department and other local government entities can be expected to argue that courts are required to give deference to the Engineer’s decisions.  Contractors would be well advised to put their best foot forward to get a favorable decision in initially.  In the event that an unfavorable decision is issued, contractors should carefully document and give notice of their objections.

3. Section 1509, Authority Of The Project Engineer And Project Supervisor

Section 1509, which governs delegation of the Engineer’s authority, has been revised to add the following text:

Project Engineers are delegated all duties and authorities of the Engineer except for those delegated under 1512, “Unacceptable and Unauthorized Work.”

Project Supervisors are delegated all duties and authorities of the Engineer except for those delegated under 1512, “Unacceptable and Unauthorized Work,” and any duty or authority which would require licensure as a Professional Engineer in the State of Minnesota.

Commentary:  This change formally delegates all duties and authorities of the Engineer to Project Engineers and Project Supervisors.  Authority to approve substitutions, construction change directives, and change orders will be affected by this provision.  Because the authority of the government official to make decisions regarding the contract or the work is a vital factor in preserving a contractor’s rights, Contractors should keep this provision in mind as they work on projects governed by these provisions.

Section 1512.2, which addresses what constitutes unauthorized work, has been revised as follows:

The Department will consider Work performed contrary to the direction of the Engineer, or any work in a manner that is not in compliance with Contract requirements, or any Work performed beyond that specified in the Contract or directed by the Engineer to be unauthorized.

The Department may consider any of the following as unauthorized Work:

(1)        Work performed before the Engineer provides lines or grades or required inspections of Materials,

(2)        Work performed before the Department’s approval of the Contract as required by law,

(3)        Extra Work performed before Engineer approval of a Change Order.

The Contractor shall remove unauthorized Work upon receipt of a written order to do so, at no additional cost to the Department.

Section 1517, which governs claims for compensation adjustment, has been revised as follows:

Commentary:  The Department has further augmented its already formidable array of notice defenses.  This new language states that a contractor who fails to follow the claim procedures of Section 1517 will forfeit its right to bring a civil action.  Existing provisions contain notice requirements for contractors who seek to make claims for extra time or compensation, but they do not apply where, for example, contractors seek to recover withheld contract balances not involving a request for an extension of time.  They may also not apply to extra-contractual claims.  Under this new provision, the Department may claim that any lawsuit at all, whether involving a contractor claim or not, may be subject to the claims notice requirements of Section 1517.  This language adds yet another reason for contractors be to scrupulous about their review of and compliance with all notice and claim provisions in the MnDOT Standard Specifications.

Section 1605, which governs approval of substitute materials, has been revised to add the following text:

When the Department classifies Material to be incorporated in the Work according to size, strength, type, or other design classification for separate units, courses, sections, or installations, the intent is to specify the acceptable level of compliance, quality, or service.  The Contractor may provide Material exceeding the specified class, quality, service life, or other Contract requirements to facilitate the Work.

The Contractor may use substitutions only as approved by the Engineer, at no additional cost to the Department.  The Engineer will approve the substitution and establish the revised basis for acceptance in writing.

Commentary:  The previous version of this required the Engineer to establish the revised basis for acceptance of any substitution in writing.  This change requires the Engineer to approve the actual substitution in writing as well.  In other words, a contractor may not rely on verbal approval of a substitution pending written confirmation of associated terms and conditions.  Contractors must be careful to obtain approvals for substitutions in writing to preclude later problems.  Although this is a good practice in any event, this change further reinforces the advisability of this practice.

7. Section 1701.4, Certification of Nondiscrimination Against Israel

Section 1701.4 is a new provision governing certification of nondiscrimination against Israel.

By signing this Contract, Contractor certifies it does not engage in and has no present plans to engage in discrimination against Israel, or against persons or entities doing business in Israel, when making decisions related to operating the Contractor’s business.  For purposes of this subsection, “discrimination” includes, but is not limited to, engaging in refusals to deal, terminating business activities, or taking other actions that are intended to limit commercial relations with Israel, or persons or entities doing business in Israel, when such actions are taken in a manner that in any way discriminates on the basis of nationality or national origin and is not based on a valid business reason.

Commentary:  This new provision is unlikely to be frequently invoked or implicated, but contractors should be aware of it in any case.

Section 1714, which governs a contractor’s indemnity obligations, has been revised to add the following text:

The Contractor shall defend, indemnify, defend, and save harmless the Department, its and the Department’s officers, and its employees, to the maximum extent permitted by law, from all suits, actions, and claims of any character brought because of injuries or, lawsuits, damages received or sustained by any person, persons, or, expenses, and costs related to bodily injury, property based on the following damage, or other damages, arising or in any way resulting from:

(1)        On account of the (1)  Contractor acts and omissions.  Negligent, intentional, or reckless acts, omissions, and misconduct by the Contractor or its agents, employees, Subcontractor, or others for whom the Contractor is responsible.  This includes any third party claim arising from Contractor’s breach of this Contract.

(2)        Vicarious Claims.  The Department’s vicarious liability arising from the acts, omissions, and operations of the Contractor;

(2)        On account of or in as a consequence of any Contractor’s neglect in safeguarding the Work;.

(4)        Unacceptable materials.  Use of unacceptable Materials in constructing the Work;.

(5)        Intellectual Property.  Claims arising or amounts recovered from alleged infringements of patent, trademark, or copyright; or.

(7)        Claims arising or amounts recovered under the Workers’ Compensation Act, or under any other law, ordinance, order, or decree.

Additionally, the Department has added the phrase “in its sole discretion” to the provision allowing it to withhold funds from a contractor against potential indemnity obligations.  It seems unlikely that this discretion will override the Department’s obligations under the prompt payment act, which makes the Department liable for 18% interest if funds are wrongfully withheld.  Nevertheless, the Department can be expected to invoke this provision to justify nonpayment.

Section 2051.3(A), which governs designation and use of haul roads, has been revised to add the following text:

If the Contract is with Department for State trunk Highway Projects, select a proposed haul Road and notify the Engineer of the selection.  Within 15 Calendar Days after receipt of notification of the proposed haul Road, the Commissioner will determine whether the acceptability of the selected haul roads. If the haul roads are proposed Road is acceptable for use as a Designated Haul Road.  The Commissioner will may designate the Road as a temporary trunk Highway haul Road.

If the Contract is with or for a governmental agency other than MnDOT select a proposed haul road and notify the engineer representing that governmental agency of the selection.  Within 15 Calendar Days after receipt of notification of the proposed haul road selection Road, the Engineer will determine if the selected road is an acceptable road. If the whether the proposed road is acceptable for use as a Designated Haul Road.  If the Road is acceptable, the Engineer will may approve that road the Road as a designated haul road Designated Haul Road.

Commentary:  This provision alters the haul road scheme in MnDOT contracts in a small, but crucial way.  Contractor haul road selections can be an important component of a contractor’s bid and a decision by MnDOT to deny haul roads can drive up costs significantly and can have a significant impact on the availability of pit locations.  The prior version of this provision stated that the Engineer “will” designate acceptable haul roads.  The new version states that the Engineer “may” designate acceptable haul roads.  This arguably gives MnDOT more discretion than the previous version, and makes it less likely that a contractor will be able to recover if MnDOT denies its proposed haul roads without good reason.

Hugh Brown and Lauren Ritchie will be giving a presentation, Thursday, May 20th, to the Minnesota Subcontractors Association entitled “Killer Subcontract Clauses in an Uncertain Time.”  For more information click here.

Dean Thomson has been elected Secretary of the American College of Construction Lawyers. For more information, click here.

Fabyanske, Westra, Hart and Thomson is planning a big event celebrating our 40th anniversary this year. More details to follow.

This discussion is generalized in nature and should not be considered a substitute for professional advice. © 2021 FWH&T