Arbitration Clauses – The Devil is in the Details 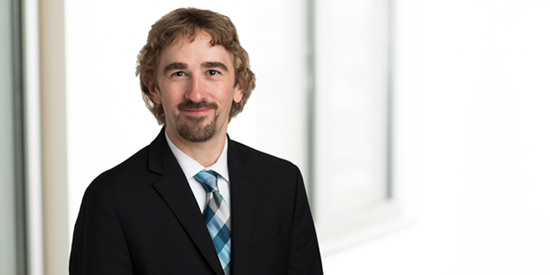 Luke is a shareholder in the firm’s Construction Law Department. He can be reached at 612.359.7628 or lclayton@fwhtlaw.com

It is certainly easy for a contractor to gloss over the specific terms contained in the arbitration clause, focusing on the prospect of a successfully performed project, as opposed to one in which disputes arise.  Because the parties will be held to the terms of their arbitration clause, however, it is paramount that a contractor reviews and fully understands the terms contained within such clause, as well as the practical consequences of those terms in the event that a dispute arises, at the front end of the contract negotiation.  A recent case handled by myself and my partners, Dean Thomson and Jesse Orman, highlights the importance of the particular terms within an arbitration clause and the consequences they may have.

The Contract shall be construed under and be governed by Illinois law and shall be considered made in DuPage County, Illinois.  Any dispute arising between ISC and [Lunda] under this Purchase Order shall be resolved by arbitration.  Procedurally, any such arbitration will be (i) heard and decided within 180 days after the filing of the arbitration demand by either party, (ii) by a single arbitrator selected by agreement between ISC and [Lunda] from the American Arbitration Association list of neutrals for large/complex cases, (iii) with the arbitrator being required to issue a final ruling that includes findings of facts and law.  In the event ISC and [Lunda] cannot agree to the selection of the arbitrator by agreement, the arbitrator shall be selected under the American Arbitration Association Construction Industry Rules, which will govern all procedural matters not specified above.  Any such arbitration shall be held in Chicago, Illinois.

Ultimately, ISC commenced an arbitration against Lunda, alleging over $13 million in damages relating to alleged acceleration and lost productivity.  While Lunda was ultimately able to fully defeat ISC’s claim following arbitration of this matter (and, in fact, was awarded well over $1 million for its counterclaim, full attorneys’ fees, and expert witness fees), much time and effort before, during, and after the arbitration was spent on analyzing and arguing over the terms of the parties’ arbitration clause.

The initial point of contention between the parties related to the 180 day time limit contained within the arbitration clause, requiring a final decision from the arbitrator within 180 days after the filing of an arbitration demand.  This meant the hearing had to be held well in advance of the 180 day deadline because the arbitrator was required to issue his award by the deadline.  By extension, this meant that Lunda had to be ready to actually try its case in a mere matter of months after receiving ISC’s arbitration demand.  The wording of this limitation allowed ISC to spend nearly a year preparing its lengthy and comprehensive arbitration demand before filing its demand.  By doing so, ISC was able to fully work up its allegations, without any time limits, while forcing Lunda to defend itself in an incredibly expedited manner. Despite Lunda’s objections to the unreasonableness of such a truncated timeline, the arbitrator held the parties to the terms of the arbitration clause because the deadline was clearly stated.  The arbitration was completed, and a decision was rendered, within 180 days from ISC’s filing of its arbitration demand, requiring months of non-stop work on behalf of Lunda and its lawyers to prepare for the multi-week arbitration.

The takeaway from this example is that contractors need to be very careful in agreeing to provisions requiring expedited arbitrations.  At first blush, an expedited arbitration understandably sounds attractive –expedited procedures, lower costs, and a quick result.  But these assumptions do not fit every dispute, especially on a project this complicated. Construction cases can be extremely technically complex and fact intensive, with each parties’ project file often containing thousands upon thousands of documents that need to be reviewed.  Further, more often than not, such cases require expert analysis, requiring the parties to (1) identify potential experts; (2) engage their services; (3) provide them with necessary documentation; and (4) work with them as they develop their expert opinions.  All of these things take a significant amount of time.  In the end, if the parties agree to an overly expedited timeline, they may simply not have enough time to properly complete all the necessary steps to prepare for the arbitration.  Moreover, depending on the language of the provision, such as the provision in the Lunda/ISC matter, one party may be able to leverage any time limiting provision to create an unfair advantage with respect to the time necessary to analyze the case and prepare for arbitration.  Fortunately for Lunda, ISC’s strategy did not work in this case, but the danger the strategy posed was real.

This issue of incorporation became most important with respect to the arbitrator’s ability to award Lunda its attorneys’ fees in the event Lunda was found to be the prevailing party.  ISC argued that the parties’ contract only provided for ISC to be awarded such fees following arbitration.  Lunda asserted, however, that because the parties incorporated the AAA Rules, including AAA Rule R-48, the arbitrator could award to either party if both parties requested such an award.  Ultimately, the arbitrator found Lunda to be the prevailing party and agreed with Lunda’s argument on the incorporation of the AAA Rules, awarding Lunda nearly $1 million for its attorneys’ fees, along with nearly $200,000 for its expert fees.

This issue was appealed to the federal district court in the Southern District of Iowa and subsequently to the Eight Circuit Court of Appeals.  In upholding the arbitrator’s decision to award Lunda over $1 million for its attorneys’ fees and expert witness fees, the Eighth Circuit held:

[T]he arbitrator at least arguably construed the parties’ agreement in awarding attorney’s fees and expert costs to Lunda. The final award expressly relies on the AAA Construction Industry Rules in awarding attorney’s fees and expert costs to Lunda, stating, “[T]he Arbitrator has reviewed R-48 of the Construction Industry Rules of the AAA and finds that an award of attorneys’ fees and costs is appropriate in this matter.” The parties’ agreement provided that those rules would govern any procedural matters not otherwise specified in the contract. And the mention of ISC’s liability for Lunda’s attorney’s fees was stricken from the parties’ agreement. Thus, we can conclude that the arbitrator at least arguably construed the agreement not to address Lunda’s fees, determined liability for fees to be a “procedural matter not specified” in the agreement, and applied the Construction Industry Rules to fill in the gap, as provided by the contract.[1]

As evidenced by this outcome, the procedures or rules which the parties adopt to conduct an arbitration can have a profound impact on the ultimate award.  But for the incorporation of the AAA Rules, Lunda may have been prevented from recovering the significant amount of fees it was forced to incur as a result of ISC’s demand for arbitration.

While the case described above evidences one such example of how the particular rules the parties agree upon may impact the outcome of the arbitration, other terms within an arbitration clause could have similar effects.  For example, the choice of law the parties agree to, i.e. which state or jurisdiction’s law will apply to the parties’ dispute, may be determinative of whether a party has a valid claim or not, as different jurisdictions often apply different standards to the same types of claims.  Moreover, different procedures or rules may provide for wildly differing approaches to conducting discovery, varying from nearly no discovery to the same level of discovery one would expect in court.  All of this highlights the importance of a contractor’s considering the particular rules or procedures the parties are agreeing to at the contract negotiation stage.

As evidenced by our firm’s victory in the Lunda/ISC matter, the particular terms of an arbitration clause can, and often do, have a profound effect on the ultimate arbitration of any dispute.  When, where, how fast, and the manner in which any arbitration will be conducted are all issues which a contractor should consider up front while negotiating the contract.  Otherwise, a contractor may find themselves in a difficult position down the road in the event that they are forced to arbitrate a dispute.

Congratulations to the Fabyanske, Westra, Hart & Thomson, P.A. attorneys who have been named 2022 Minnesota “Rising Stars”. They are Hugh Brown, Colin Bruns and Alex Herman. “Rising Stars” are nominated by their peers and must be 40 years old or under, or have been practicing for 10 years or less. No more than 2.5 percent of the lawyers in the state are named to the list. For more information, click here.