The Duty to Defend and Reservation of Rights: What Rights is Your Insurer Reserving? 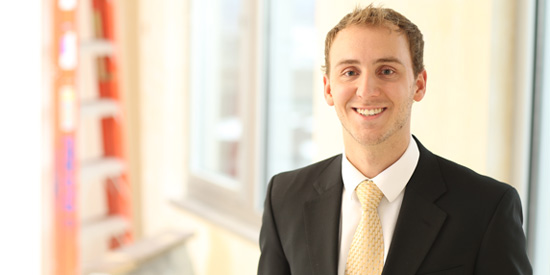 Colin is a member of the firm’s Construction Law Department. He can be reached at 612.359.7665 or cbruns@fwhtlaw.com

When facing a claim asserted by a third party, one of the first steps a contractor may take is to tender the claim to its CGL insurance carrier for defense and indemnification. Upon receipt of the tender, the insurer typically has three options: (1) accept the tender; (2) deny the tender; or (3) accept the tender under a “reservation of rights.” This article focuses on the third option and analyzes the risks that the insurer’s reservation may contain.

What is a Reservation of Rights Letter?

Can an Insurer Reserve the Right to Recover Defense Costs?

When an insurer accepts defense subject to a reservation of rights, it agrees (at least initially) to defend against the claim at the insurer’s expense.Of course, this provides a significant benefit to the insured. In some circumstances, however, the insurer may attempt to reserve the right to recover its defense costs if a court later determines that the insurer did not have a duty to defend some or all of the claims in the first place. In this scenario, the insurer essentially reserves the right to take away the benefit it has agreed to provide to its insured by defending against the claim at the insurer’s expense.

Nevertheless, some jurisdictions have allowed insurers to recover defense costs if the insurer expressly reserves the right to do so in its reservation of rights letter and the insured does not object. Therefore, contractors should look for any attempt by their insurer in its reservation of rights letter to later recover the cost of defense that the insurer is agreeing to provide, and object in writing to that attempted reservation. Courts have held that if the insured expresses disagreement with this particular reservation, then no such right will have been created.

Does the Reservation of Rights Create a Conflict of Interest?

When an insurer is obligated to defend its insured and contests coverage in the same suit, a conflict of interest may exist for the counsel appointed by the insurer to defend the insured. In this scenario, the insurer may be required to take one position at trial to defend its insured against the claims asserted against it and, at the same time, take an opposing position to defend itself on the question of coverage. This situation presents a conflict for the attorneys appointed by the insurer to represent the insured. As one court has put it, “if, in the underlying suit, insurer-retained counsel would have the opportunity to shift facts in a way that takes the case outside the scope of policy coverage, then the insured is not required to defend the underlying suit with insurer-retained counsel.”[1]

The existence of a conflict of interest does not relieve the insurer of its duty to defend. Rather, the duty to defend is transformed into a duty to reimburse the insured for reasonable attorneys’ fees incurred in defending the lawsuit. As a result, if an insurer’s reservation of rights presents a conflict of interest, the insured may be entitled to appoint its own selected attorneys to defend against the claims, at the insurer’s expense, rather than accept a defense from counsel appointed by the insurer.

Does the Reservation of Rights Include Notice of the Insured’s Right to an Allocated Verdict?

An insurer that accepts the duty to defend, but reserves the right to contest its duty to indemnify, may bring a separate declaratory judgment action to determine coverage while the third party action is pending, or it may seek to have the jury make findings in the third party action to resolve coverage issues.[2] An award entered against the insured may include sums for claims covered under the policy and sums for claims not covered by the policy. As a result, the total award must be allocated between covered and non-covered claims, which allocation may need to be resolved by the court in a subsequent coverage action. In such a case, the insured generally bears the burden of proof with respect to covered elements of damages and, thus, has the burden to allocate a verdict between covered and non-covered claims. Therefore, the consequence to an insured of an unallocated verdict may result in “the catastrophic total loss of coverage.”[3]

Where a contractor faces both covered and non-covered claims, whether the reservation of rights letter includes notice of the insured’s interest in obtaining an allocated award may have significant ramifications, for both the insurer and the insured.

When an insurer accepts defense of claims asserted against a contractor under a reservation of rights, the contractor obtains the benefit of a defense of the claims, at the insurer’s expense. The rights reserved by the insurer, however, can later create significant issues for the contractor, some of which are discussed above. Ultimately, the resolution of any specific issues that arise will depend on various factors including the relevant jurisdiction, the terms of the policy at issue, and the language in the reservation of rights letter. Nevertheless, if a contractor receives a reservation of rights letter from its insurer, it can better protect itself by understanding what obligations the insurer agrees to undertake and what rights it reserves to assert in the future.

[2] The latter situation may create a conflict of interest, as discussed above.