The Benefits and Drawbacks of Project Labor Agreements 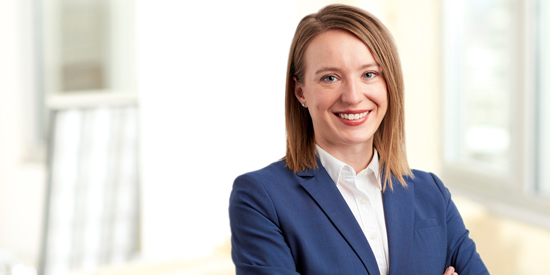 Kasia is a member of the firm’s Construction Law Department. She can be reached at 612.359.7601 or kkokoszka@fwhtlaw.com

A project labor agreement (PLA) is a type of collective bargaining agreement typically used on large public and private construction projects. PLAs have been common place in the private sector for decades, and have been recognized as lawful on public projects by the U.S. Supreme Court despite multiple attempts to challenge their legality under state competitive bidding laws, federal preemption theory, and other state statutes. Recently passed this spring, Executive Order No. 14063 requires every prime contractor and subcontractor to sign a PLA as a condition of being awarded a contract on any federal construction project of $35 million or more. This article discusses PLAs and the typical requirements that PLAs impose and provides a practical discussion of the benefits and drawbacks of PLAs from the perspective of both union and nonunion contractors.

Unlike typical collective bargaining agreements, PLAs are limited to a single construction project. Their provisions typically provide for union recognition on a specific project, require the employer to utilize the union hiring hall for employee referrals, only permit subcontracting of work to signatories of the PLA, provide required contributions to employee benefit fund plans, and set wages, hours, working conditions, and determine schedules for the project.

The main benefits of a PLA principally accrue to the owner and the unions involved on the project, and include the fact that a PLA standardizes the terms and conditions of employment among multiple contractors on the project, provides uniform dispute resolution mechanisms and protects the project’s schedule from delays caused by work stoppages or labor strife. Whether a PLA provides benefits to any unionized contractors on the project depends on whether a project owner has sufficient bargaining leverage to negotiate any terms and conditions in the PLA that are more beneficial to unionized contractors who are already subject to local collective bargaining agreements. The argument that PLAs provide a benefit by standardizing the terms and conditions of employment across multiple contractors who would potentially otherwise be subject to different collective bargaining agreements is also undercut by the reality of historically declining union membership rates in the construction industry. For non-union contractors who are not already signatories of any collective bargaining agreement, PLAs may present unique challenges and require a careful analysis of whether the benefits of being awarded work on a large construction project are worth increased costs and compliance with additional requirements.

Opponents of PLAs claim that they unfairly reduce the number of bidders on the project and increase the cost of construction without providing concrete benefits to either employers or employees that justify the imposition of a PLA. Nonunion contractors may find the costs of a PLA to be prohibitive, and are at least discouraged from a practical perspective in bidding on work that requires payment of union wages and benefits as part of the project cost. PLAs are therefore sometimes characterized as creating a “union” requirement for contractors, even though PLAs technically do not limit bidding to unionized contractors. Arguably, PLAs interfere with the work practices of non-union contractors by mandating different terms and conditions of employment – impacting hiring, work rules, and employer benefit contributions – than would otherwise apply and impacting the non-union contractor’s operations. Smaller non-union contractors who are less likely to operate on a unionized basis, such as newly-formed businesses or DBE contractors, are likely to be more impacted by the additional requirements imposed under PLAs. Furthermore, employees on large public construction projects in states such as Minnesota are already afforded certain wage protections by the state’s prevailing wage law and federal legislation such as the Davis-Bacon Act. PLA mandates may tend to disincentivize smaller and nonunion contractors from bidding on construction projects which require a PLA.

All contractors who bid on a project requiring a PLA or are considering entering into a PLA should carefully review the agreement to understand the requirements that it imposes. As explained in the article, a PLA does not mandate that only union contractors may bid on the work or that a contractor will be required to agree to other collective bargaining agreements as a result of accepting the PLA. Readers are encouraged to contact counsel with specific questions regarding the topics addressed in this briefing paper.

Congratulations to the Fabyanske, Westra, Hart & Thomson, P.A. attorneys who have been named The Best Lawyers in America: Ones to Watch (2023 Edition). They are Alexander Athmann, Colin Bruns, Lucas Clayton, and Kenzie Longren. For more information click here.